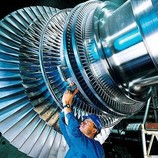 The power generation section of the facility is based on a conventional combined-cycle power plant. Typically fueled with natural gas, they are some of the cleanest and most efficient power plants in existence. Our facilities would be fueled primarily with clean synthesis gas or "syngas." The fuel gas is used in a gas turbine, where the expanding gases spin the turbine and power an electric generator. The hot exhaust from the gas turbine is directed to a steam generator, which produces steam that drives a steam turbine and another electric generator. Selective Catalytic Reduction (SCR) would also be used to remove any nitrogen oxides (NOx, or smog).

Our facilities can generate enough electricity at one facility to nearly power 40,000 homes. We estimate that of the electricity/energy created through the process, 20% will be used for self-sustenance and 80% can be sold to a local grid as green energy.

Some of the heat from the gases can be used to convert water into steam, which can be used to generate electricity through steam turbines. This will reduce greenhouse gases as well and help prevent acid rain, while producing thousands of barrels of natural gas and MegaWatt-hours of electricity. Electric power can be generated using a conventional combined cycle (steam turbine, gas turbine) power plant or by using Solid Oxide Fuel Cells (SOFC) that are fueled by carbon monoxide and/or hydrogen.

Implementing technologies that utilize renewable resources such as waste to produce energy, without depleting earth’s limited resources, can lead us into a new era of environmental responsibility and true energy independence.

Ethanol is a renewable fuel that can be produced from synthesis gas (syngas) through a variety of means, either catalytic or biological. Plans to use a bio-fermentation process to produce ethanol fuel from non-food feed stocks. This process can generate up to 7.7 times as much chemical energy in ethanol as the fossil energy used to produce the fuel and it uses less than 1 gallon of process water for each gallon of ethanol produced.

In addition, the process produces only fuel grade ethanol, not a mixed-alcohol that needs to be separated. This process will allow for ethanol to be cost competitive with gasoline, while reducing greenhouse gas emissions in the process. 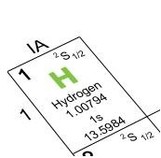 Hydrogen is the simplest, most abundant molecule in our planet and universe. It can be found in sources such as natural gas, methanol, biomass, coal, water, and other substances. Hydrogen (H2) can be locally and safely produced in vast quantities for a variety of energy uses such as pollution-free transportation fuel, and heat and electricity to power homes and offices. One potential source for hydrogen is syngas.

Syngas contains large quantities of hydrogen, and since plasma gasification technology produces it from waste (a renewable source) it is considered "green hydrogen," as opposed to "black hydrogen" commonly produced from oil, or carbon rich sources. There are many advantages of using gaseous hydrogen as an alternative fuel: it is easily stored, it can be easily transported, and its energy can be carried over long distances more economically than power lines. Hydrogen can also be used directly in today’s increasingly efficient fuel cells with ultimately no environmental impact.

Hydrogen is a good source of energy for the future, and given environmental and economical considerations, solutions such as these will create the sustainable infrastructure we need for future generations.